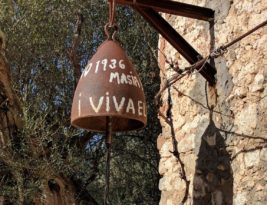 I can confirm Spain is Mountainous. Another group hike this weekend has clearly established that fact. But what I also like about these hikes, are the interesting people you meet. We were trekking up the mountain side as we were chatting. This time with a University lecturer. What she told me would explain the dilemma I found myself in this week. I had been slowly working on increasing my Spanish vocabulary. It reminds me of ...…[read more] 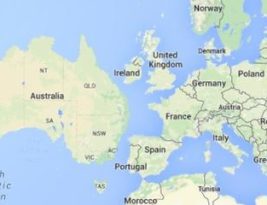 There’s been a lot happening on the world stage of late. What with the likes of the Brits and their friends across the Atlantic wanting to go back to the good old days. Building walls and shutting their doors to the rest of the world. Shame really. We’re going to miss them. So counter trend. The world has become amazingly small. Technology and communications has brought us unbelievably close. Just the ability to video chat ...…[read more] 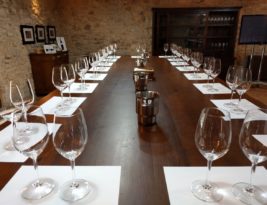 From Sea To Vines

Valencia may have lost its river to a lengthy patch of park lands. But the nearby beach certainly makes up for it. A pleasant 20 minute bike ride from the heart of the old city takes you to the enticing beaches on the Mediterranean Sea. But it’s clearly not a proper sea. There’s nothing there to eat you. What an odd experience. Swimming without fear of sharks or even crocs. What is this place?  And ...…[read more] 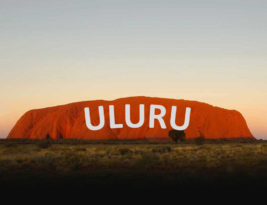 Just around the next corner…

We were staring down a steep drop off the side of this mountain. It was then I suddenly appreciated that perhaps Spain could actually be one of the most mountainous countries in Europe. Some claim it to be the most mountainous after Switzerland. We were two thirds into our hike. Regardless of which claim is right, right now we had a choice. We turn back. Or, we tackle this challenge that lay immediately below us.  But as ...…[read more] 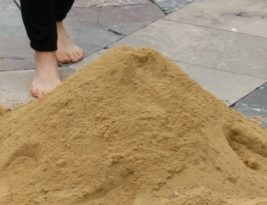 If you’ve ever thought someone needed to get a life, spare a thought for this guy. I was peddling the treddly through nearby Plaza de la Virgen on the weekend. It’s a very popular part of town. It’s a big open public space. At one end is this fossilised looking guy taking a bath. He’s there day or night I’ve noticed. (Whatever floats your bath I guess!) Lined with open air cafes at one end, ...…[read more] 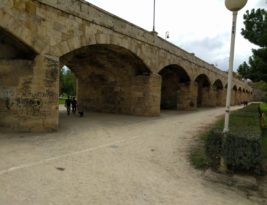 The River That’s Not A River?

People refer to it as the river. I could see the river on the map. I’ve always found it an exciting challenge arriving in a new city getting your bearings. I kept looking for this river. The map indicated a sizable river circumventing half the old city.  I found what possibly could be a river. But there was no water. Turns out there is no river. But they call it a river.  And so I ...…[read more] 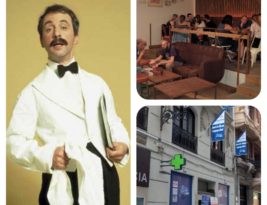 I have a lot to thank Manuel from the popular British TV series, Faulty Towers. He equipped me with at least two survival words for living in Spain. “Que” (what?) and “Si si” (yes…). I’m convinced you can travel anywhere in the world with not much more than a very limited vocabulary. When it comes to food, a chook is a chook (chicken for those north of down under) and a pig is a pig. Whether ...…[read more] 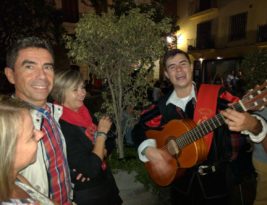 The Contrast Couldn’t Be Greater

The flight had landed in Madrid a couple hours earlier. I was now moving across the country on Spain’s impressive 300km per hour train network. I had decided to make Valencia, 360km away on Spain’s east coast, home for the next three months. For flying such a short distance, the contrast couldn’t have been greater. Leaving Austria, it’s what you could only describe as God’s Garden. Its movie set like graceful landscape of lush green ...…[read more] 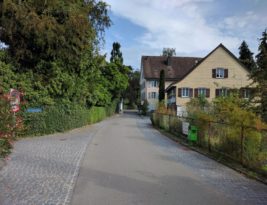 My neighbour used to call me Le Peleton. Not that he was suggesting I had any special ability. It’s just that I’ve always enjoyed cycling as a great way to get around. So when I discovered I was on the doorstep to one of Europe’s most popular bicycle routes, it was a must do. The ride goes around the entire edge of Lake Bodensee. I’d only left Bregenz at midday but by the end of ...…[read more] 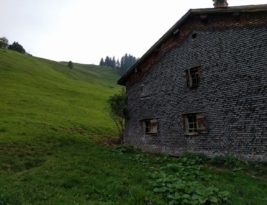 Stepping Back In Time

It took a couple attempts to get the fire going as each piece of kindling wood was delicately placed inside the small fire hatch. It was how I remember the way my grandmother always used to cook. Old Grandma Selma could churn out her famous Christmas feasts on her wood stove just about with her eyes closed. This was my first experience cooking a meal on one of these bygone eras. I was preparing a ...…[read more]